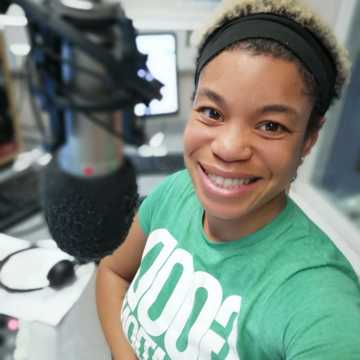 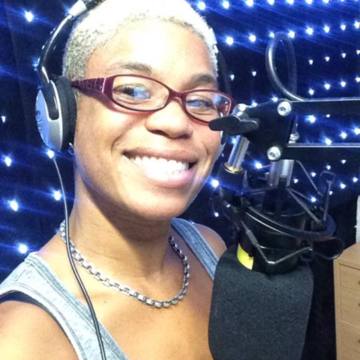 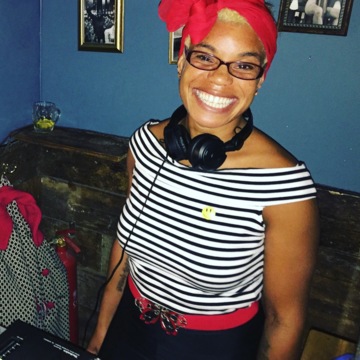 Angel Mel has been gracing the airwaves since 2013. An avid lover of music and with an unquenchable thirst to bring her uniqueness to for medium. After a chance meeting with local celebrity Kizzy Morrell, whilst being interview about a charity event she was putting on, Angel Mel fell in love with radio and vowed to return.

That chance came a short while later, when she joined Ujima radio 98fm Bristol, as part of the Soul 2 Sole team with Mel & Carmen Carroll as an assistant presenter.

The following year in 2014, an opportunity arose to join MC Mike Freedom of 90s dance act notoriety, ‘Nomad’,DJ Rudy on BCfm Bristol Street Map show. It was here that Angel started to hone her craft, with her own section called, ‘Living in the Music’. Living in the music championed underground dance music, which later evolved into a radio documentary on Bristol’ underground music legacy; shining a light on music artists who had helped shaped Bristol’s music. Featuring contributing interviews from the likes of: The Black Roots, Krust, Smith & Mighty, DR Meaker and Deli Gee as well as newer artists such as Typesun, Sean McCabe and Andy Compton to name a few.

Soul Train radio would offer Angel Mel’s a break to present her own show, which she to took with relish opting to host two shows per week. It was during this time that Angel Mel’s Spread love show was borne, out of a love to share positive message of love, music and unity. Importantly offering female djs (including those identifying as female), non binary and gender fluid artists, from all backgrounds an opportunity to provide guest mixes and or interviews on theshow.

The popularity of the Spread Love grew, gaining many supporters and allies. The shows were successful and became a great showcase for talent across the UK and internationally.

In 2016 she moved into more focused community work, which lead to her leaving Soul Train radio, returning back to her roots at Ujima radio were it all began. She has called Ujima Radio home every since, taking the Spread Love concept throughout the whole local & global communities.Continuing to delivera platform to amplify and promote women, those who identify as female, non binary and gender fluid DJ, artists in the music scene.

Her talents have been recognised in 2017 when she won a competition to join Worthy FM team as a radio presenter, covering Glastonbury festival. Fast forward to 2019 she is now a part of the Worthy FM team, as Radio Presenter.

Thanks to Ujima radio, she has branched out into voice overs for adverts campaigns.

Also has formed links with the BBC Bristol, by being involved on various projects, such as: Unreported stories and BBC Introducing.

Angel Mel produces all the material including music interviews, weekly features and edits the final piece ready for uploading to social media.

Lastly Angel Mel is presenter who radiates warmth to her listeners, she gathers them up and takes them on a journey whilst she is on air. Combining community awareness, social commentary with her love for music.

Listen to the Spread Love show here on: Mixcloud